Bloodbath on the cryptocurrency markets as bitcoin is down about 20% for the month of May alone. The story remains the same as it has been for the past few months. The cryptocurrency market continues to have a strong correlation with North American stock market indices, especially the tech-focused NASDAQ index. While the latter is at its lowest level year-to-date, so is bitcoin. Many were hopeful that inflation numbers would show encouraging signs in the U.S. this morning. However, the data still showed higher than expected inflation this morning, cutting short what looked like a rebound. At least that is the case at the time of writing, before the market opens. However, volatility is higher than ever these days.

Since we have access to several dozen cryptocurrencies in the fund’s composition, we are excited to demonstrate the strength of our active management approach by finding positive divergences and taking advantage of bullish opportunities. However, this opportunity for the team came at the same time as a period that was, to say the least, gloomy for the entire markets. However, active management also means taking defensive positions when the going gets tough. This was the position of the Rivemont Crypto Fund, with between 60 and 70% of the cash in hand after selling around the $38,000 and $39,000 level for the majority of the week. We then took a small tentative position on long term support after the bulk of the decline. One thing is certain, the losses were greatly diminished compared to the bitcoin index for our investors.

While any such pullback systematically brings about a consequent panic, those who have been part of the cryptocurrency world long enough know that it is often in these moments that the areas of maximum opportunity are found. Need we remind you that this is far from the first time bitcoin has suffered such a setback, and each time it was only to head for new heights? The asset has been the best performer of the last decade despite these many setbacks. 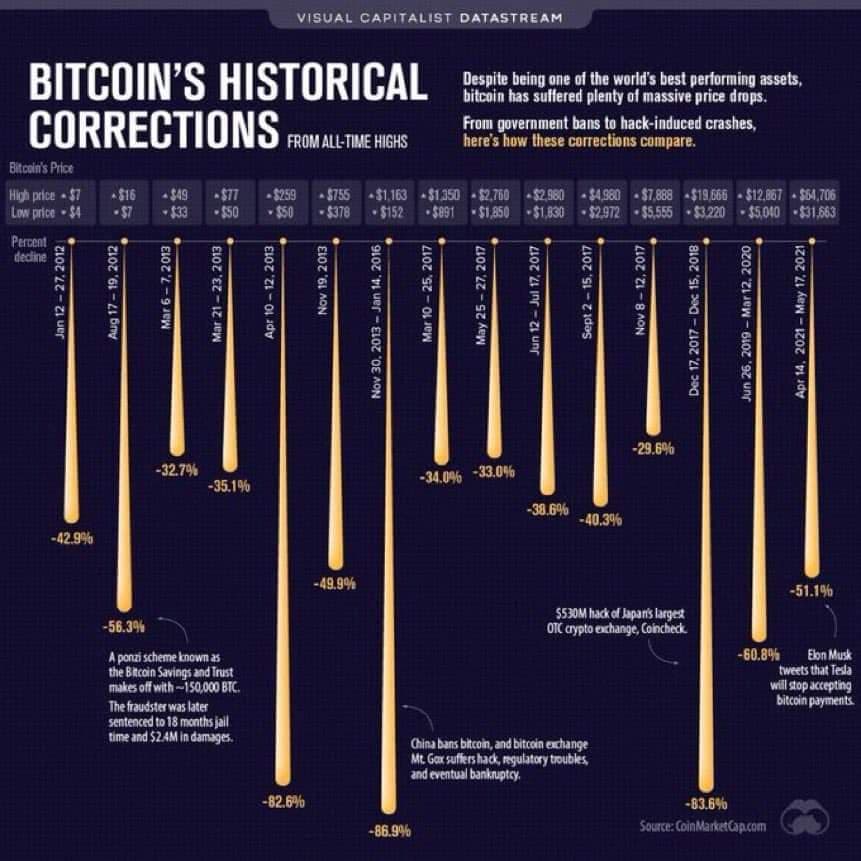 It is the long-term view that has allowed investors in this emerging market to generate unparalleled returns. 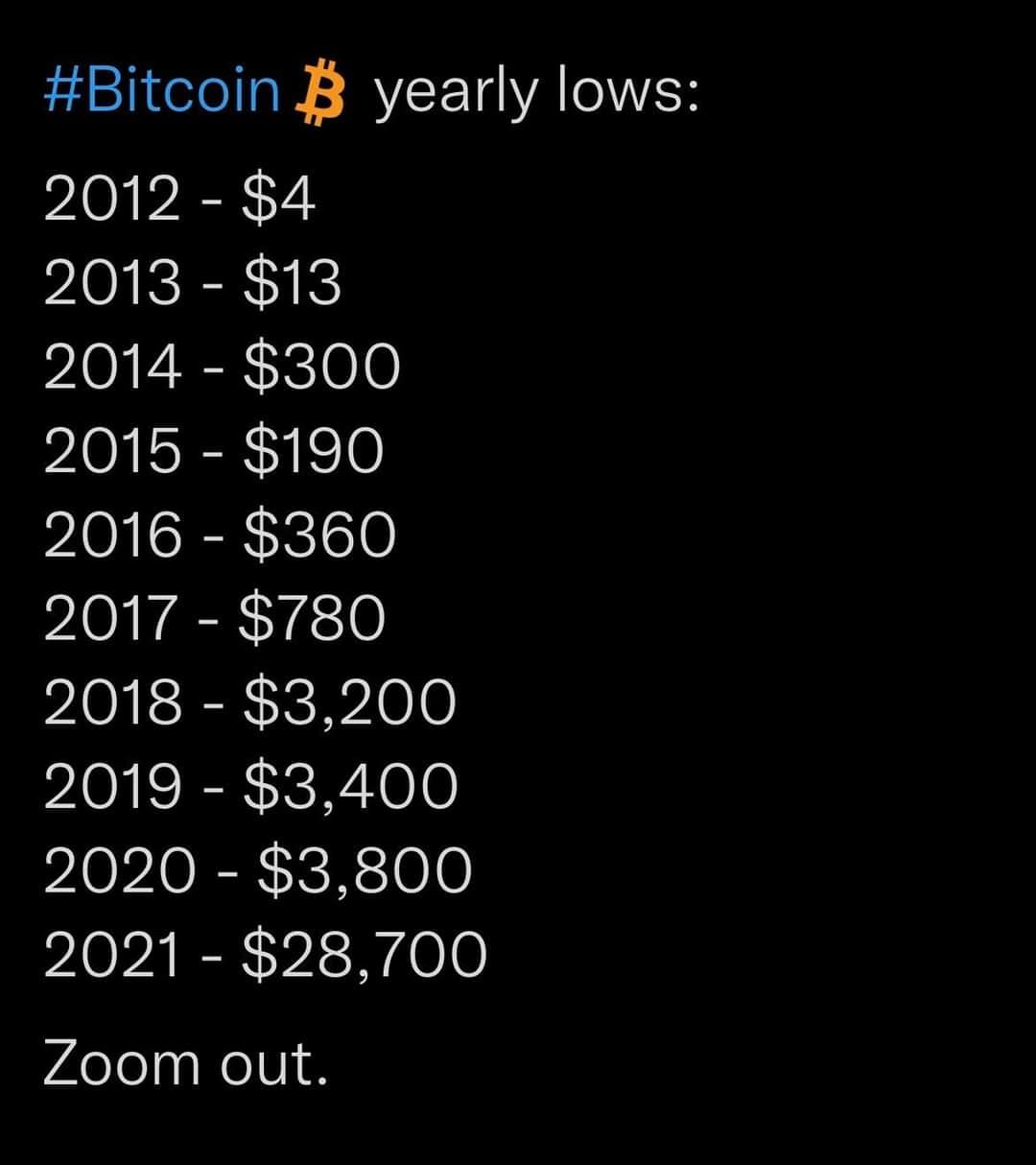 In this regard, we are pleased that the Rivemont Crypto Fund is one of the top-performing hedge funds on a 3-year horizon in Canada according to data collected by Canadian Hedgewatch, as of April 2022. 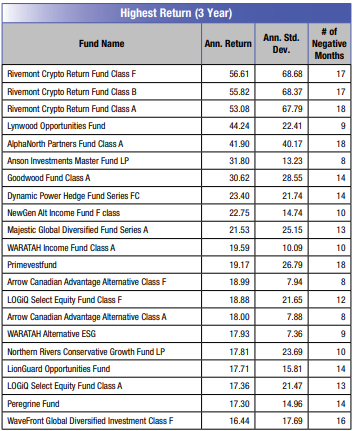 While this price drop is obviously attracting the attention of many market participants, it is not the story of the moment. Rather, it is the drift of the stable UST currency that is creating a real shockwave on the markets. This will be the main theme addressed by our communication this week.

Rather than being backed by traditional assets (i.e. cash, treasury bills, etc.) or even cryptocurrencies, Terra’s stablecoin, UST, is attempting to maintain its anchor to the U.S. dollar by using a minting and burning mechanism in tandem with LUNA, the Terra protocol’s native governance and staking token. So far, the network has actually been quite successful at this, even exerting upward pressure on the price of BTC with its treasury by owning over 150,000 units.

In this system, investors could always exchange 1 UST for 1 LUNA dollar (and, in the process of exchanging, destroy those UST tokens, removing them from circulation). Thus, whenever the UST fell below its $1 peg, arbitrageurs could buy the UST at a discount and exchange it for $1, thus making a profit. The buying pressure on the UST was supposed to restore the stable currency peg.

That was until last week, when the selling pressure in the markets severely tested that paper logic… the blow is so hard that we’re not certain if it’ll survive.

On Sunday, the value of a UST dropped to $0.985. While this may seem like a marginal deviation, the inability of the protocol to bring back the perfect anchor caused an initial wave of panic, with the price of LUNA dropping by 10%.

The vicious cycle (or attack, depending on who you ask) was on.

A few days later, here is the damage report. The LUNA chip is currently trading at $1.45, after having reached a high of $120 on April 5th. A 99% drop! The volatility is unbelievable, but the UST token is currently worth only $0.40 when it is supposed, by its very nature, to never move away from the dollar. It has dropped as low as $0.26 during the day. This is not a situation that can be described in the past tense, but a crisis that is evolving by the hour. An incredible opportunity for those who believe the currency will recover, but more importantly a colossal loss for investors in LUNA or who still used UST as a safe haven currency in the crypto ecosystem.

However, this saga is not taking place in a vacuum. Indeed, in its attempt to restore the peg to the US dollar, the foundation is massively liquidating its BTC treasury (valued at several billion dollars) to buy UST and restore both confidence and peg. This puts downward pressure on the price of bitcoin.

Do Kwon, founder and CEO of Terraform Labs, released a new proposal in hopes of bringing back the required balance this morning. “I understand the last 72 hours have been extremely tough on all of you – know that I am resolved to work with every one of you to weather this crisis, and we will build our way out of this,” Kwon wrote. In order to bring the price of a UST back to $1, he is proposing an increase in the supply of LUNA to the market to absorb investors’ attempts to get rid of the broken stablecoin. “The price stabilization mechanism is absorbing UST supply (over 10% of total supply), but the cost of absorbing so much stablecoins at the same time has stretched out the on-chain swap spread to 40%. Luna price has diminished dramatically absorbing the arbs”.

He added, “From May 9 to May 10, 2022, approximately $8 billion of USTs were removed from the anchor protocol. During the same period, only ~$1B UST was burned.” The proposal is to accelerate the speed at which LUNAs can be minted. Kwon admits, “First and foremost, the only way to move forward will be to absorb the supply of stablecoins that want to come out before $UST can start repositioning. There is no way around this problem.” If UST ever gets its $1 peg back, Kwon added that the team will also “adjust its mechanism to be collateralized.” In short, so much for the principle of logarithmic equilibrium. Collateralized stablecoins are those that are backed by other financial assets, whether traditional assets or cryptocurrencies. Centralized stablecoins like Tether’s USDT and Circle’s USDC are among them. No details on how UST would be secured in a hypothetical future were revealed. Understandably, this is not the priority at the moment.

One thing is certain, whatever the conclusion of this crisis, it will represent a key moment, especially in the effort to regulate such stable cryptocurrencies by the authorities.  “Without a doubt, UST losing its peg will be seen as one of the defining moments of the current crypto market cycle […] The de-pegging will likely result in a substantial regulatory risk – if not for the whole crypto space, then certainly for the stablecoins market,” Anto Paroian, CEO of crypto hedge fund ARK36. Using Terra as an example, Treasury Secretary Janet Yellen said yesterday that stablecoins should be regulated by the end of the year. At a hearing Tuesday, Ms. Yellen said that while digital assets can “promote innovation,” they could also “pose risks to the financial system.”

This also leads investors to ponder the viability of other stablecoins in the market. Although the “tokenomics” is completely different, there are concerns that Terra’s problems could cast doubt on other similarly intended products. However, the guarantee of the above-mentioned stablecoins is offered by assets, not mechanisms. As long as there is no doubt about the very existence of the collateral supporting the value of these currencies, the risk should not exist. As an example, as of Tuesday afternoon, Tether’s reserves consisted of 84% cash, cash equivalents and commercial paper, 5% corporate bonds and precious metals, 5% collateralized loans and 6% other assets, such as cryptocurrencies.

However, the commercial paper ratio, which is unsecured short-term debt issued by a company, is a concern for some. As of Tuesday, it accounted for 37% of Tether’s liquidity pool. So far, there have been no major discrepancies in these stablecoins value the vein of this crisis.

One thing is for sure, this is the type of moment that will undoubtedly mark the history book of cryptocurrencies and their development.

The presented information is as of May 11th, 2022, unless otherwise indicated and is provided for information purposes only. The information comes from sources that we believe are reliable, but not guaranteed. This statement does not provide financial, legal or tax advice. Rivemont Investments are not responsible for any errors or omissions in the information or for any loss or damage suffered.