Our lives have never been safer. We live longer and most of us never experience life-altering catastrophes like war or famine. In general, risks have decreased drastically with a resulting increase in life expectancy of over 60% during the last century. Antibiotics have greatly reduced the risk of infections, and our quality of life has never been better. Despite all of this, we worry more than we ever have. The dangers faced by our ancient ancestors ‒ such as being attacked by a tiger or an enemy tribe ‒ are gone, but our defence mechanisms are still on alert. Without realizing it, we turn our focus to potential hazards, rather than those that are real and present.

This finding, which is linked to the functioning of the brain, has two important effects on our perception. First, it is difficult for us to be optimistic, because the brain is hardwired to be pessimistic. Second, good news is easily overshadowed by bad news. Indeed, the media has no interest in presenting good news when they know that bad news has the most impact.

The reason why I am writing about this phenomenon is that this perception seems even more amplified in the field of finance. North American stock markets are breaking record after record, and volatility has never been so low. Over the past three years, our stock-focused accounts were up 13% annually, for a cumulative gain of nearly 45%. An investment strategy that focuses on liquid and diversified assets such as stocks and bonds, is historically the most effective and least risky way to expand and grow our wealth. Thus, it is important not to let our brains or the media distract us from the opportunities at hand. As the famous Warren Buffett says, very few fortunes were made by those who have not been positive on the stock markets.

I begin this letter with our financial performance in the first quarter and our major transactions. After, I will address our investment strategy and then discuss small-cap stocks. As usual, I will conclude with our outlook on the market and the preferred securities in our portfolios.

With the inclusion of the Rivemont Absolute Return Fund, which aims to produce positive returns in all market conditions, all portfolios under our management are now exposed to alternative investments. The assets were purchased throughout the first quarter. The Rivemont Absolute Return Fund now makes up 10% of the “Moderate Growth Portfolio”, 15% of the “Growth Portfolio” and 20% of the “Aggressive Growth” portfolio.

In the second quarter, we managed to produce a return in excess of our benchmarks with yields between 3.5% and 5% for the first three months of the year. However, this quarter was special because bonds were the best performers of all our holdings. Our most conservative accounts produced the highest returns.

Very few transactions took place during this period. Only one stock was added to the portfolios. On March 24, we purchased shares of Envision Healthcare at about $38.40 each. We wanted to increase our exposure to the health sector in the United States, which is booming and seems to be a leader in the current bull market. Several important purchase and merger transactions took place recently in this sector. Envision stock increased again in mid-March, and we decided to make a transaction at that time. The stock is thus added to that of NxStage Medical, which is our other player in the American health sector.

Our top performers in the quarter were Factset Research (FDS) with a gain of 13.1%, Apple (AAPL) with 12.7% and Horace Mann (HMN) with 8%. Our least performing stocks were Sun Life (SLF) with -6.9% and Hersha Hospitality (HT) with -7.9%. Note also that the 9% increase in the US dollar during the quarter had a positive impact of the same percentage on our U.S. securities. As a result, Hersha Hospitality stock has enriched our investors with a positive net return, despite the decline in its price early this year.

While we were very active in late 2014, we have been much less active since the beginning of 2015. Our securities remain on an uptrend and we hesitate to sell them. On the other hand, this can cause unexpected marginal costs. As a result, we continue to wait for additional liquidity in order to invest in Asian markets, as we mentioned previously. Speaking of which, during the week of April 6 alone, the Chinese market increased by 11%! 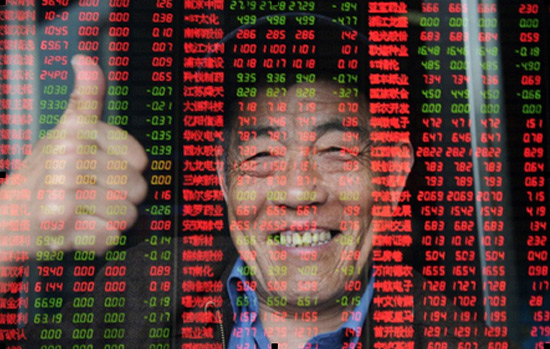 Although this increase confirms our analysis, it does not benefit our investors since, for now, we are only spectators.

However, I remain alert, because this region of the earth will be the engine of global growth over the coming decades.

I am often asked how one manages the stress of investing tens of millions of dollars that are, for many, the result of many years of hard work on the part of our valued investors. This is especially relevant since it is impossible for me to transfer this responsibility to a third party. I alone am responsible for the investment decisions. In fact, it has always been difficult to explain why I am so comfortable in this position. I recently read the complete and detailed story of U.S. Airways flight 1549, which miraculously made an emergency landing on the Hudson River in New York. Obviously, I am not at all suggesting that my decisions are equal to those of the heroic pilot who managed this feat, but there is a certain analogy between his cool-headed rational reaction and the approach advocated by Rivemont Investments.

When the pilot was asked if he thought about the passengers in the plane when he decided to land, his response was: “No not really, I had a job to do and that was to land the aircraft.” When asked if he prayed, he said: “Not at all. I was sure many others were looking after that for me in the back.” 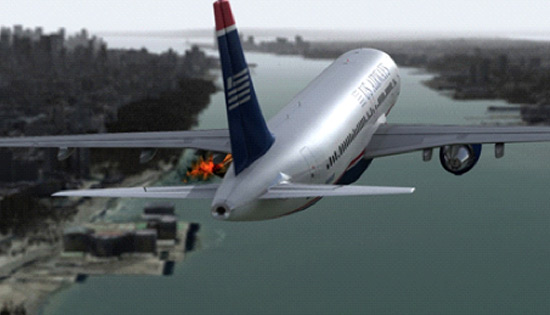 The pilot knew what he had to do to save the lives of the passengers. The aircraft had to touch down:

All at the same time… If he achieved this feat, the pilot would avoid a crash and passengers would be saved. And he succeeded brilliantly.

What we have going for us at Rivemont Investments are rigorous investment techniques and strategies. We conduct a sectoral technical analysis for each of the securities in our portfolios. We only buy when the first barrier defining a new trend is broken. We systematically reduce our equity weighting in down markets. Each day we reassess the situation in real time.

Of course, we appreciate our customers, but we do not think of them individually when we conduct transactions. We believe that our method will give the desired results, and that our performance will continue to exceed that of the competition if we carefully apply our asset selection process. As with the pilot of Flight 1549, the recipe for success is clear and the secret lies in the implementation.

In closing, it is interesting to know that the pilot of Flight 1549 is a former United States Air Force fighter pilot who specialized in accident investigations, and instructed flight crews on how to respond to emergencies in the air. So he was probably the best possible person to be holding the controls of the plane at that time. We also believe that only a specialized firm with expertise should be responsible for your investments. 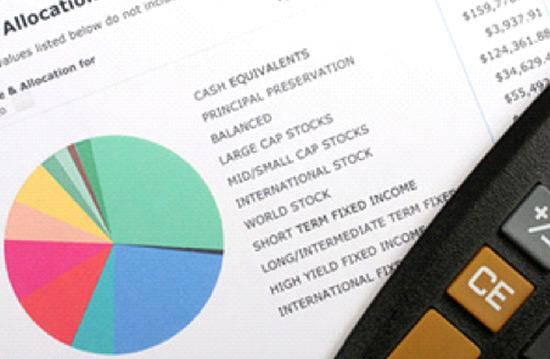 The upcoming release of the book by Ken Fisher called Beat the Crowd reminds me of how the myth of small caps is present in the minds of investors. Historically, we have categorized stocks under two main criteria: value and capitalization. Thus, several studies have demonstrated that value stocks with a price that is low relative to profits, subsequently outperformed the market. We performed the same exercise for small-cap stocks and demonstrated that they have, on average, outperformed the market over a long period. From these analyses, we drew the conclusion that small-cap stocks with high relative value outperformed the market, which has proven true over the last hundred years.

Although I believe that a value approach has some advantages, the approach based on capitalization is a bit more problematic. Indeed, in reality, for most years since 1926, large-cap stocks have outperformed small caps. The latter are usually very successful in the first third of bull markets, while large-cap stocks are more interesting the rest of the time.

What are the factors that explain the good performance of small-cap stocks in the early bull markets? First, given that they collapsed in the previous bear market, they bounce back more dramatically later on, and it is a considerable jump of more than 26% in these years alone. But if small caps perform so well during those particular years, it also means that the risk associated with these securities is not worth the trouble over the long-term. This also means that it is possible to obtain a higher return, adjusted to volatility, by leveraging large caps during the other years of bull markets.

At Rivemont Investments we mainly use technical analysis to choose our securities. As such, these conclusions are difficult to apply at the present time. However, you might see a few more of these small-cap stocks in the portfolios following an eventual, and inevitable, market decline. It is difficult to resist such potential high performers.

Some periods are more conducive to active management, which is our approach, and the first quarter of 2014 was a good example. In that type of market, trends continue and the correlation between shares diminishes. The following chart shows the performance of stocks in the S&P 500 in January 2015. 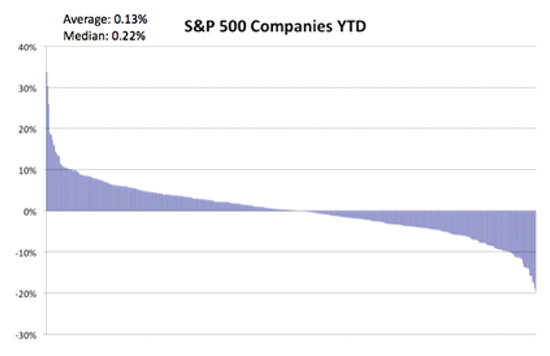 Although the monthly average has been relatively neutral, several stocks have shown yields below -10% or above 10%. It is therefore possible in this market to stand out by holding only a few of the high-performing stocks or by avoiding the ones that are not performing well, which is obviously our goal.

In closing, I would like to invite you to visit our Facebook page to see our first televised advertisement. This is a great achievement for us, and it certainly will not be the last.

The information presented is dated March 31, 2015, unless otherwise specified, and is for information purposes only. The information comes from sources that we deem reliable, but its accuracy is not guaranteed. This is not financial, legal or tax advice. Rivemont Investments is not responsible for errors or omissions with respect to this information or for any loss or damage suffered as a result of reading it.